Before being named La Lauzette-Declercq during the 90’s, this Cru Bourgeois from the Haut-Médoc was knowned as Château Bellegrave (à corriger sur la version française aussi !), located on the east side of the Listrac-Médoc appellation. M. Declercq, Belgium owner, will give the winery its new name. Since 2005 already, the winery is managed by Frans & Liz Roskam with passion. A beautiful encounter with this fine terroir sealed the beginning of this adventure for the two oenologists! 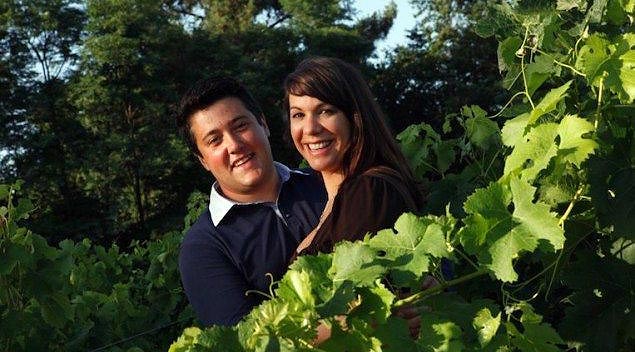 On the left bank of the Garonne, the 8 Médoc appellations are sharing more than 16 000 hectares of exception. A terroir which has long since revealed great talents and create wines with a solid personality.

The Médoc – Haut-Médoc legislative division intervened in 1935. As early as 1815, a Chartrons broker or courtier mentioned the great red wines of the Haut-Médoc. It was recognizing the results of the quality efforts undertaken during the 18th century by the winegrowers. The Chartrons business community and the large landowners of Bordeaux had already established a kind of hierarchy of parishes where the communes of the wine-growing area of ​​the current Haut-Médoc appellation already made a good impression.

The Haut-Médoc appellation stretches for about sixty kilometers from north to south, from Saint-Seurin de Cadourne to Blanquefort. Within this territory, some areas produce exclusively Haut-Médoc AOC wines. It is based on terroirs of remarkable quality.

The astonishing variety of soils, a consequence of the vastness of the appellation’s territory, explains the diversity of Haut-Médoc wines, rare within the same appellation. It is worth emphasizing a predominance of Garonne gravels layers, modeled in hilltops.